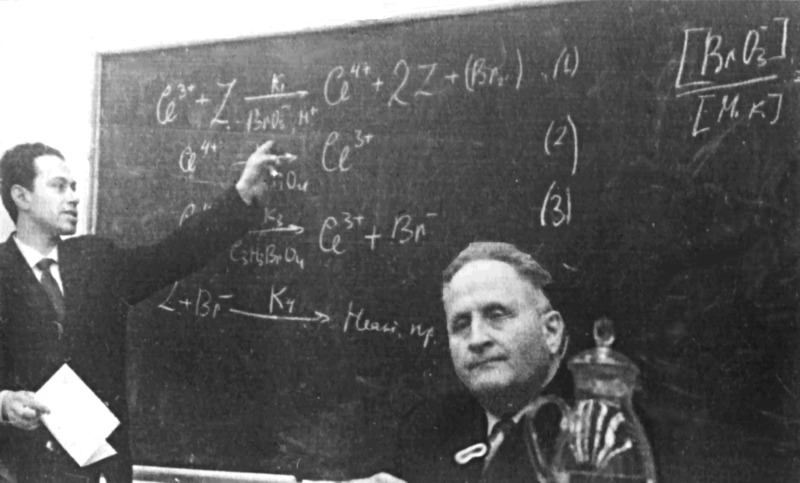 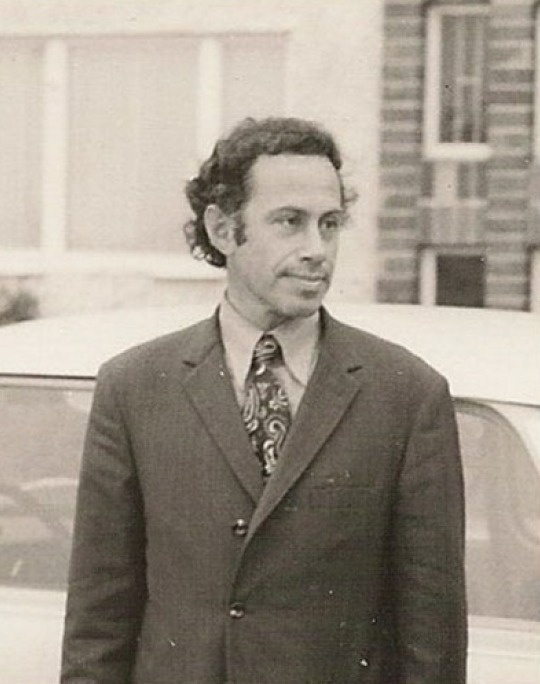 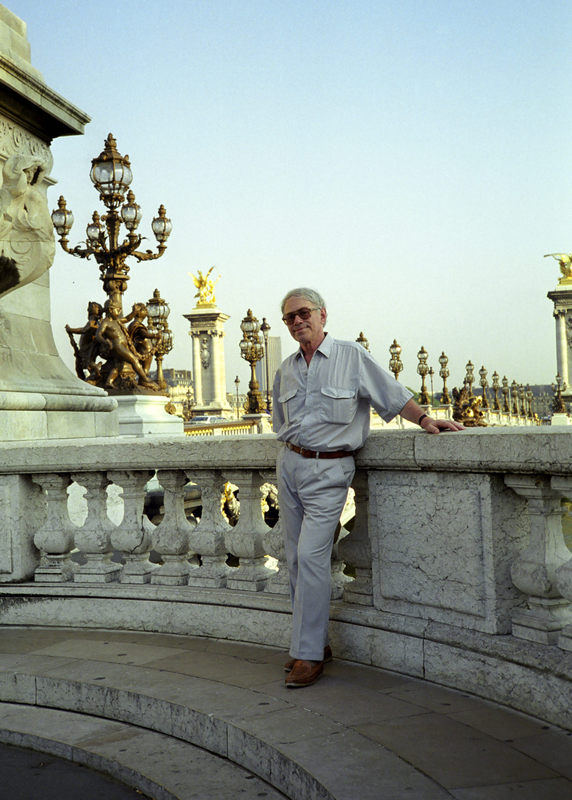 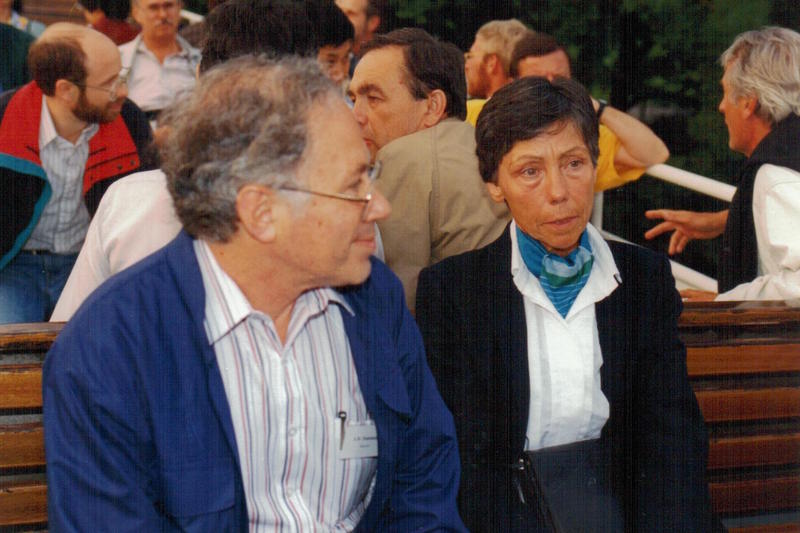 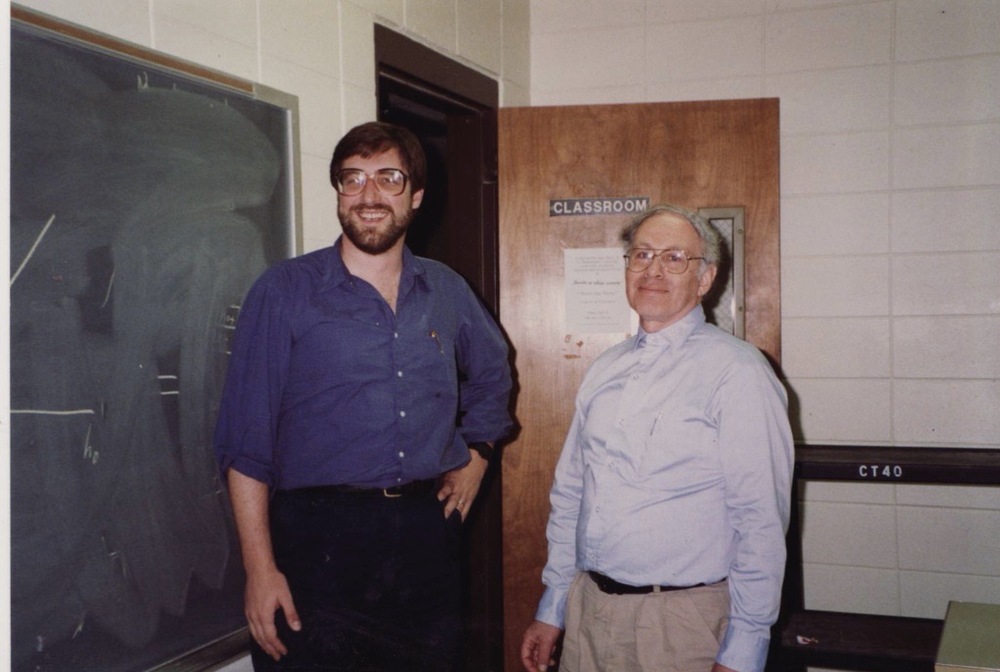 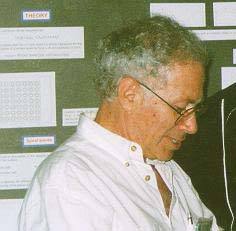 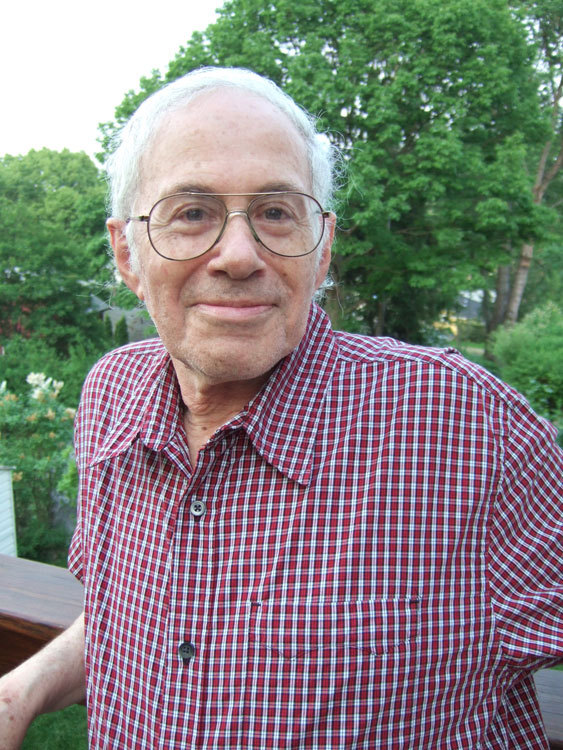 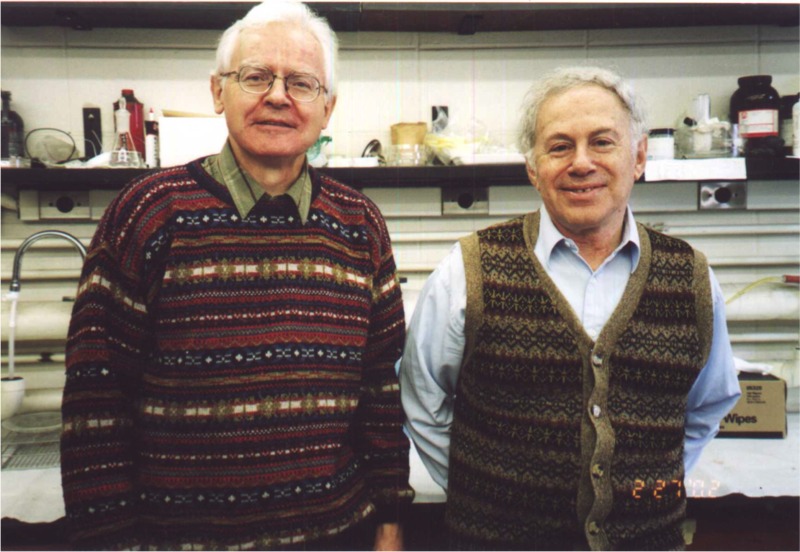 Photograph of Vavilin and Anatol Zhabotinsky (2002) 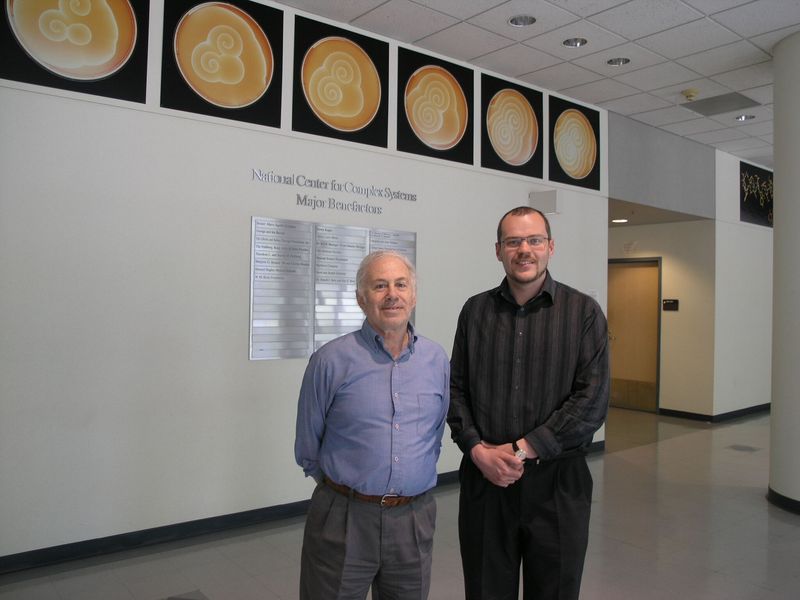 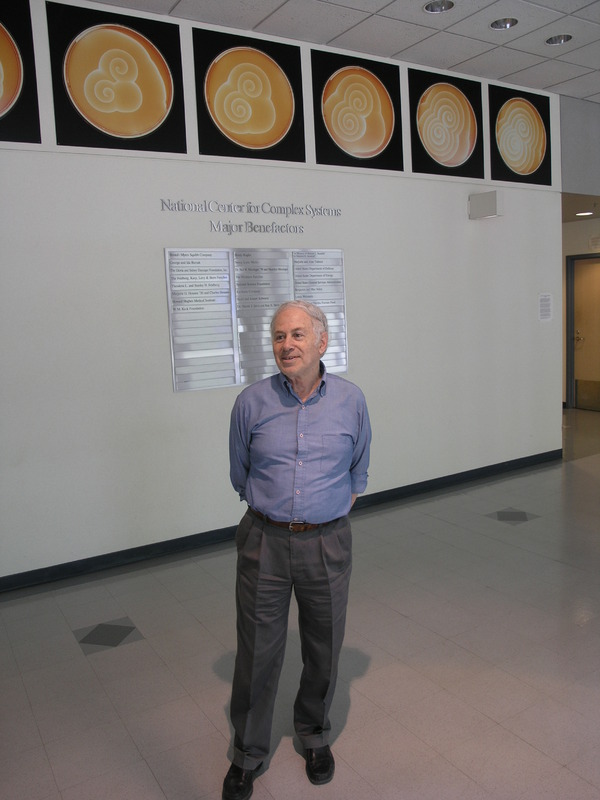 Anatol Zhabotinsky was born in Moscow, USSR to a Jewish family during the Stalinist purges. He enrolled in Moscow State University 1955 during a short reprieve from religious persecution. He went on to obtain his masters degree in 1961. After hearing about Boris Belousov's discovery of oscillating chemical reactions, he attempted to contact Belousov but for politial reasons, Belousov declines Zhabotinsky's request to meet, although he does respond by mail. Zhabotinsky presented his research at the Conference on Biological and Biochemical Oscillators in Prague, Czechoslovakia, 1968, starting the world-wide attention to this reaction. After this conference, he was no longer permitted to leave the USSR. In 1980, Boris P. Belousov, Genrikh R. Ivanitsky, Valentin I. Krinsky, Albert N. Zaikin, and Anatol M. Zhabotinsky, were awarded the Lenin Prize, the highest medal in the USSR for individuals with outstanding accomplishments, for their combined pioneering work on chemical oscillatory reactions. In 1991, Zhabotinsky is invited by Irving Epstein to the United States for a month. Zhabotinsky accepts, and never returns to the former USSR.

During the mid 1990s, Theo Plesser, Georgy T. Guria, and Zhabotinsky work on creating a unified theory of Belousov-Zhabotinsky reactions, but political instability in Moscow cause them to put off work on this project. Zhabotinsky continues to take an active role in the scientific community, attending numerous conferences until his death in 2008 at the age of 70.