Dynamic Pattern Formation in Chemistry and Mathematics - Aesthetics in the Sciences

was a travelling art exhibition of 40 scientific pictures, organized by Stefan C. Müller, Mario Markus, Theo Plesser, and Benno Hess between 1987 and 1990.

Some images of the exhibition were also used in the book "Verknüpfungen - Chaos und Ordnung inspirieren künstlerische Fotografie und Literatur (Connections - Chaos and order inspire artistic photography and literature)'' by Horst-Joachim Hoffmann from 1992.
This article in WIFO JOURNAL 93/1 (in German) describes how sciences and photograpy were fused to create this book.

List of locations of the exhibition Aesthetics in the Sciences 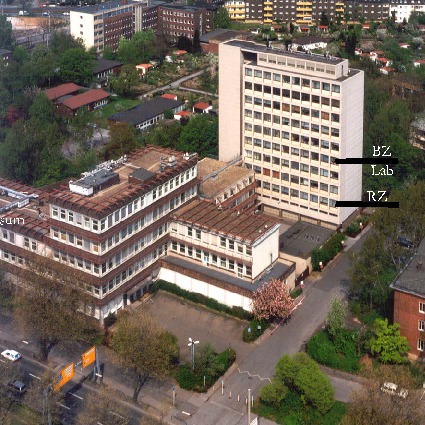 All images in the Chemistry section were originally recorded with a 512x512 camera.

The lab of the Max-Plank-Institut für Ernährungsphysiology in Dortmund was two floors above the computing center (Rechenzentrum, RZ).

In order to access the computer center, they had to run a cable from the fourth floor to the second floor throught the open windows. 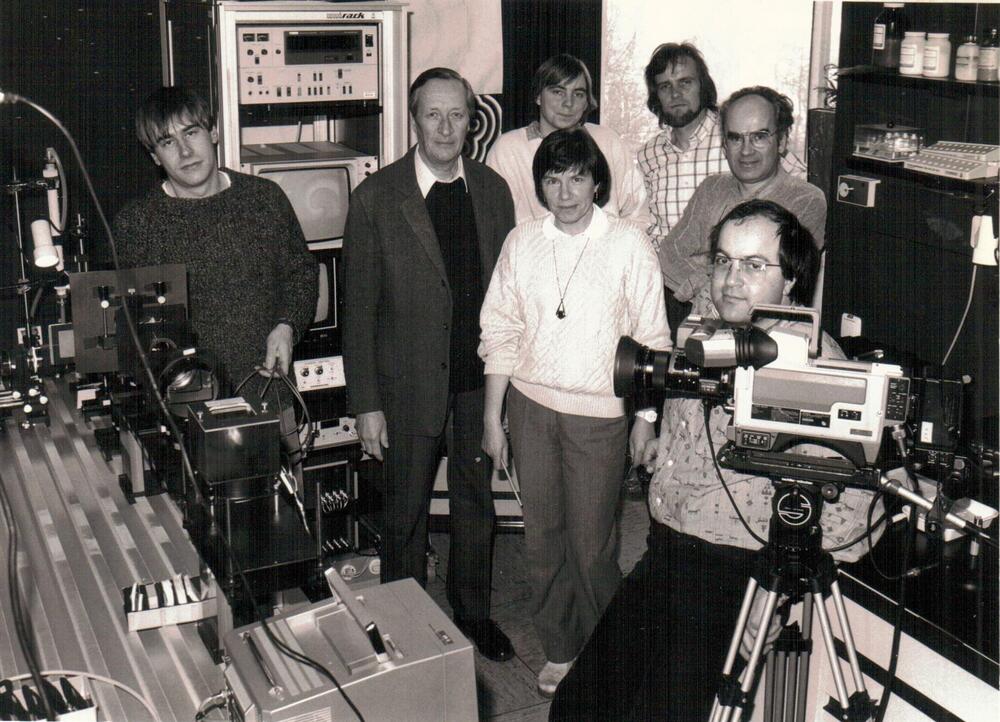 Benno Hess, Uwe Heidecke, Stefan Müller and Theo Plesser at a television recording at MPI in 1988 in Dortmund, Germany.

Documentations about the exhibit