Endre Kőrös was a Hungarian scientist and researcher. He began his career with a study of analytical chemistry, receiving his Ph.D for his study of selenium. He turned his attention to chemical oscillations and was an early believer in the validity of the Belousov-Zhabotinsky reaction. Kőrös's primary contribution to the field of nonlinear dynamics was his work on the Field-Kőrös-Noyes mechanism which allows for the modeling of the BZ-reaction in 1974. He continued to be active in the field after his discovery, making several advances in the study of oscillating mechanisms. For his work, he received the Szechenyi Prize in 1990, which is an annual prize awarded by the President of Hungary on Independence Day, given to those who have made an outstanding contribution to academic fields. 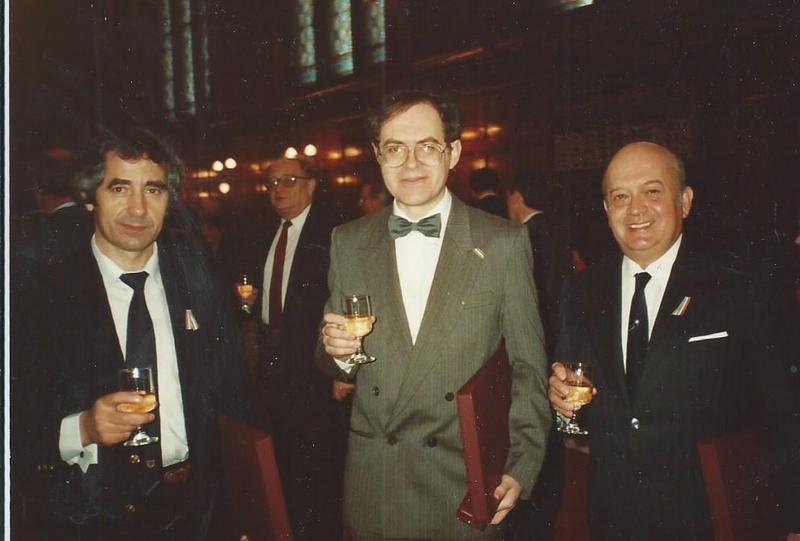 Miklós Orbán, Zoltán Noszticzius, and Endre Kőrös, after they were awarded the highest medal given to sciencists in Hungary. This medal was given by the Hungarian President in the Parliament Building in Budapest in March 1990. (Image courtesy by Richard J. Field)