This letter written by Robert D Davis, a rifleman and interpreter during World War II who would end his career in Wooster, Ohio depicts what Davis saw as he went to one of the concentration camps shortly following its liberation. Disturbed by the way that the Germans forced those imprisoned at these camps to live, Davis discusses that there were still some living in the horrifying chambers because they had nowhere else to go. He discusses the sight of burned bodies, the crematorium, and the shock he felt as saw how many people were shoved into the small building on the pretense of showering.

The atrocities committed by Nazi’s during the Holocaust shocked both Soviet and American soldiers as they came upon the concentration and death camps in late 1944 and 1945. As SS guards attempted to cover up what was happening in the camps by burning and burying evidence of starving bodies, American and Soviet soldiers who liberated these camps were horrified to see multiple of the world’s largest crematoriums and thousands of prisoners, starving to the point of near death. Davis’s accounts of what he saw in the Dachau death camp were not unlike any of his fellow soldiers.

Use Ohio Social Studies Standard for Modern World History 16 (Oppression and discrimination resulted in the Armenian Genocide during World War I and the Holocaust, the state-sponsored mass murder of Jews and other groups, during World War II) for integration into the classroom

Use Ohio Social Studies Standard for American History 22 (The United States mobilization of its economic and military resources during World War II brought significant changes to American society) for integration into the classroom. 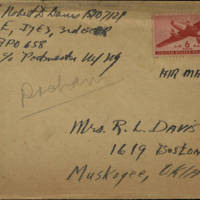 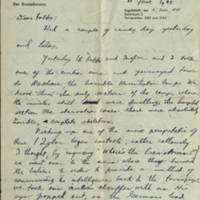 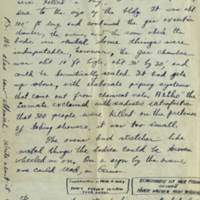