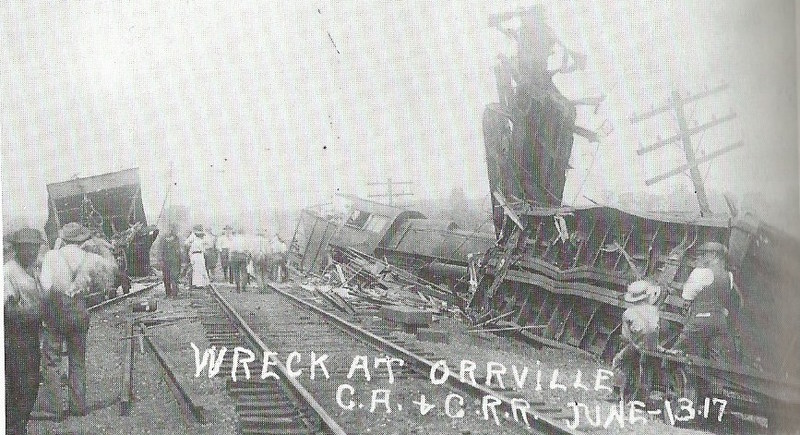 This sources is of a train wreck that occured in Orrville, Ohio in June of 1917.

This image of a train wreck in in Orrville, Ohio depicts the aftermath of a train wreck that occurred in 1917. The image depicts the wreck with people strolling around, attempting to figure out what happened and in some cases, attempting to clean up portions of the wreckage. One of the most important things aspects of the industrial boom that would happen in the late 1800s and early 1900s would be transportation. Producing the goods is one thing, but making sure that they were able to get the products to the places that they needed to get as fast as they possibly could. The best way that was available during this time was by trains, which were still being perfected and were not always that safest because of their constant changes. This often led to unsafe conditions, including train crashes, wrecks, and derailments. These unsafe conditions were a constant throughout much of the late 1800s and early 1900s, leading to many injuries, both big and small, and death of workers that were working in these conditions. 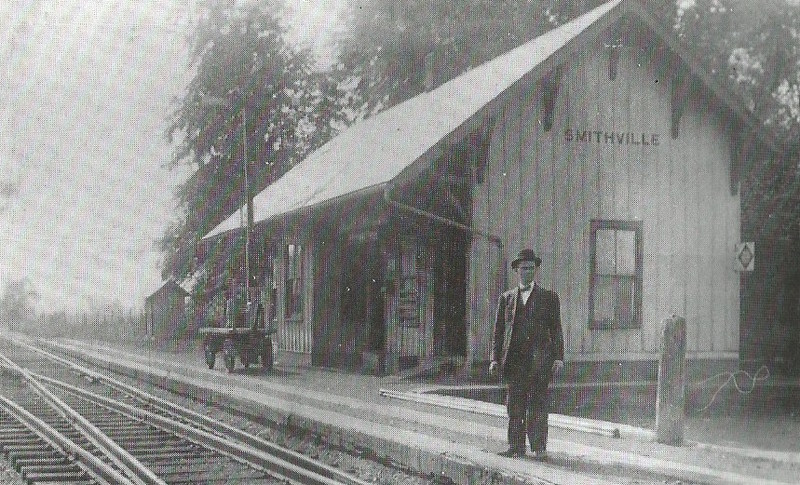 This image is of the Smithville Depot in Smithville, Ohio in the early 1900s.

This image of the Smithville Depot in the early 1900s depicts the rise of Wayne County as a center for transportation. The main reason for much of the county was because it was a good stop between Columbus and Cleveland, as well as Cincinnati and Cleveland, two main hubs for industry throughout Ohio. The rise of railroads would lead to towns such as Smithville to pop up. Many towns would form to become hubs and major stops along railroad routes for engineers and other men working on railroads to stop. The transcontinental railroad would lead to the expansion of the United States in general, with travel being possible and safer for citizens move further west, populating both the Midwest and the western portion of the United States. This expansion would lead to not only industry to grow, as can be seen in Wayne County with its many factories and businesses popping up during the turn of the twentieth century. Railroad would lead to both the expansion of the United States and the rise of cities and towns around the towns, both of which contributed to the rise of Smithville as a town and Wayne County, Ohio in general.

Use Ohio Social Studies Standard for American History 10 (The rise of corporations, heavy industry, mechanized farming and technological innovations transformed the American economy from an agrarian to an increasingly urban industrial society) and 12 (Immigration, internal migration and urbanization transformed American life) for integration into the classroom.