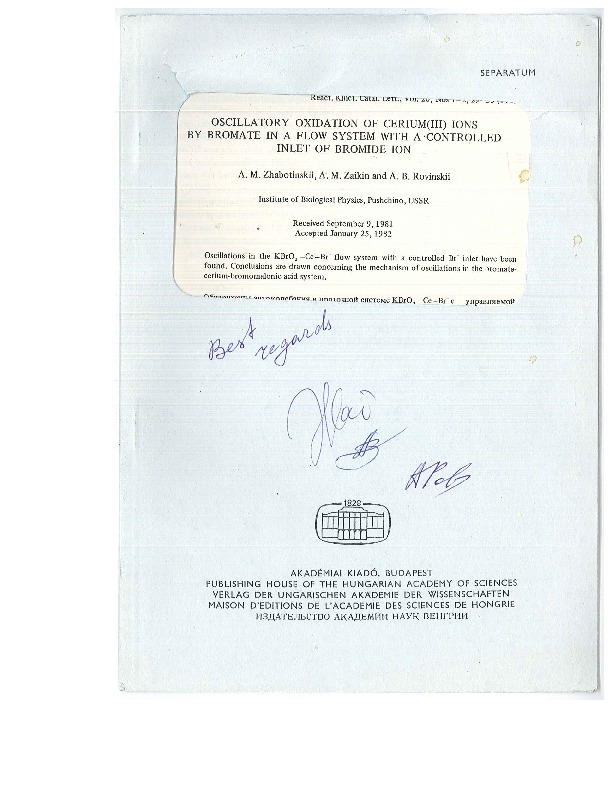 "Reprint of the article "Oscillatory Oxidation of Cerium(III) Ions by Bromate in a Flow System with a Controlled Inle of Bromide Ion" (1982), with signatures of the authors Zhabotinsky, Zaikin, and Rovinsky. 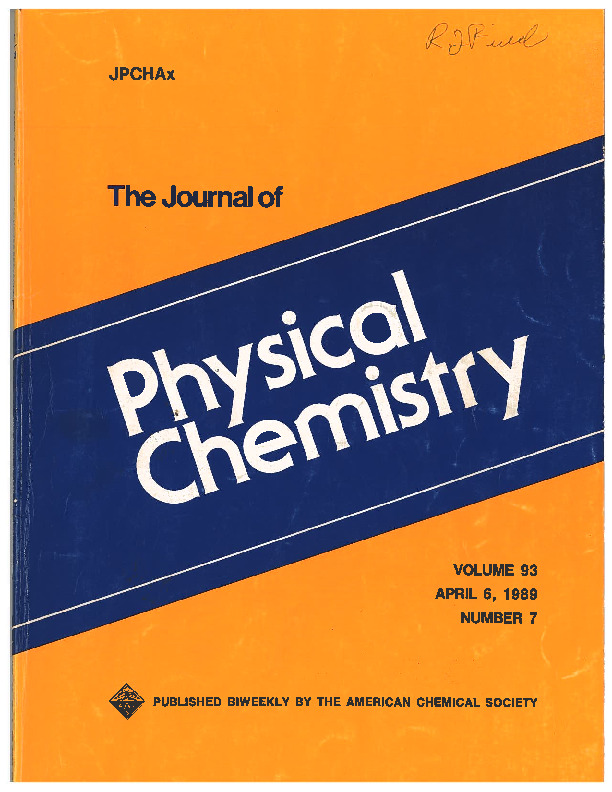 The Archive of the BZ history project